Earlier this year, I bought a refurbished Apple Watch Series 2 from the online Apple Store. It’s a cool device. But it shipped with the bare essentials, including the watch, a small manual, and a magnetic battery charger.

That meant that, when I needed to charge my Apple Watch, I had to set it on a table like this: 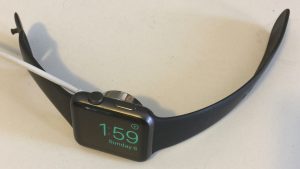 And doing that technically works. But it’s kind of an inelegant solution. It also looks just plain awkward. That’s why I was excited to receive an iXCC Stand for Apple Watch. The manufacturer of the stand recently sent me a review model in exchange for posting my thoughts on the device here at Geek News Central.

The iXCC Stand for Apple Watch works with both 38mm and 42mm Apple Watches (I have the 42mm version). The iXCC Stand comes in a white box that contains the stand and a small booklet that shows how you can connect with the manufacturer online, if needed. 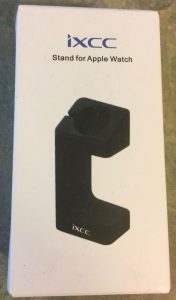 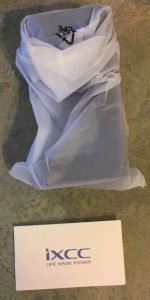 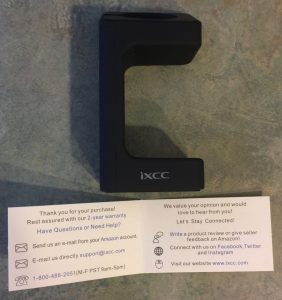 Using the iXCC Stand for Apple Watch is a straightforward process. The stand itself doesn’t have any built-in electronics. Instead, the stand has a path molded into its design that allows you to run the Apple Watch’s stock magnetic charger thru the stand, with the magnet at the top. This diagram from the back of the box tells you everything you need to know: 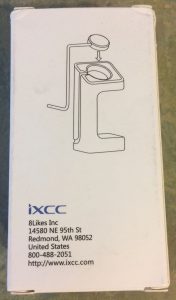 It takes a little time and effort to get the magnetic adapter cable to slide into place. But once it’s in, it’s good and doesn’t feel like it’s just going to fall out of place. When that’s done, all that’s left to do is to place the Apple Watch onto the stand. Tuck the lower part of the watch band underneath the head of the stand, and the Apple Watch easily magnetizes to the charging adapter. 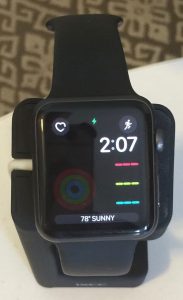 That looks a lot better than just resting the watch on the table! I know for sure the watch is charging because the charging indicator is lit on the watch, and the watch also made its signature charging tone when I placed it onto the stand.

Overall, I’ve found this to be a simple and effective stand for charging and displaying my Apple Watch when the watch isn’t in use. The iXCC Stand for Apple Watch retails for $7.99 at Amazon and other online retailers.