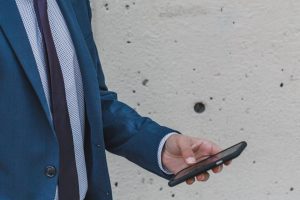 Twitter is introducing something that could be a good thing – or a bad thing – depending on your perspective. It is introducing a Promoted Account campaign where Twitter users can pay $99 a month to have their tweets promoted without creating ads or managing campaigns. The program is currently in a private beta (or closed beta) and Twitter is limiting spots to invited accounts.

Anyone can sign up to join the private beta. It appears to be designed for businesses, and I am assuming this includes small businesses and the work done by freelancers. Start by filling out a form to join the private beta program. Your first 30 days of automated promotion will be free. After that, you pay $99 a month and can cancel at any time. Twitter will send you an email confirming your place and the date your free trial will begin.

There are two options to choose from for target audience: Interest or Location. You can select an interest category or a metro region.

You cannot customize what Tweets will be promoted, so choose wisely when composing the first 10 Tweets you write each day. Those who are invited into the beta will get a biweekly report that details consistent follower and engagement growth that you earned by being in the program.

This could be a good thing for small businesses that operate in a specific, local, area. It might also be good for artists, bloggers, and podcasters who want to have their website put in front of more eyes. It could also be a bad thing if people’s Twitter feeds starts filling up with ads that they aren’t interested in.  If this system backfires, someone might be paying to have their promoted tweets blocked by disgruntled Twitter users.