The Samsung DeX Station converts a Galaxy S8 or S8+ smartphone into a desktop computer. Plop the S8 in the DeX, plug in a keyboard and mouse, hook up a TV, and you’re set with Android on the big screen. That’s the theory, what about in practice? Let’s take a look. 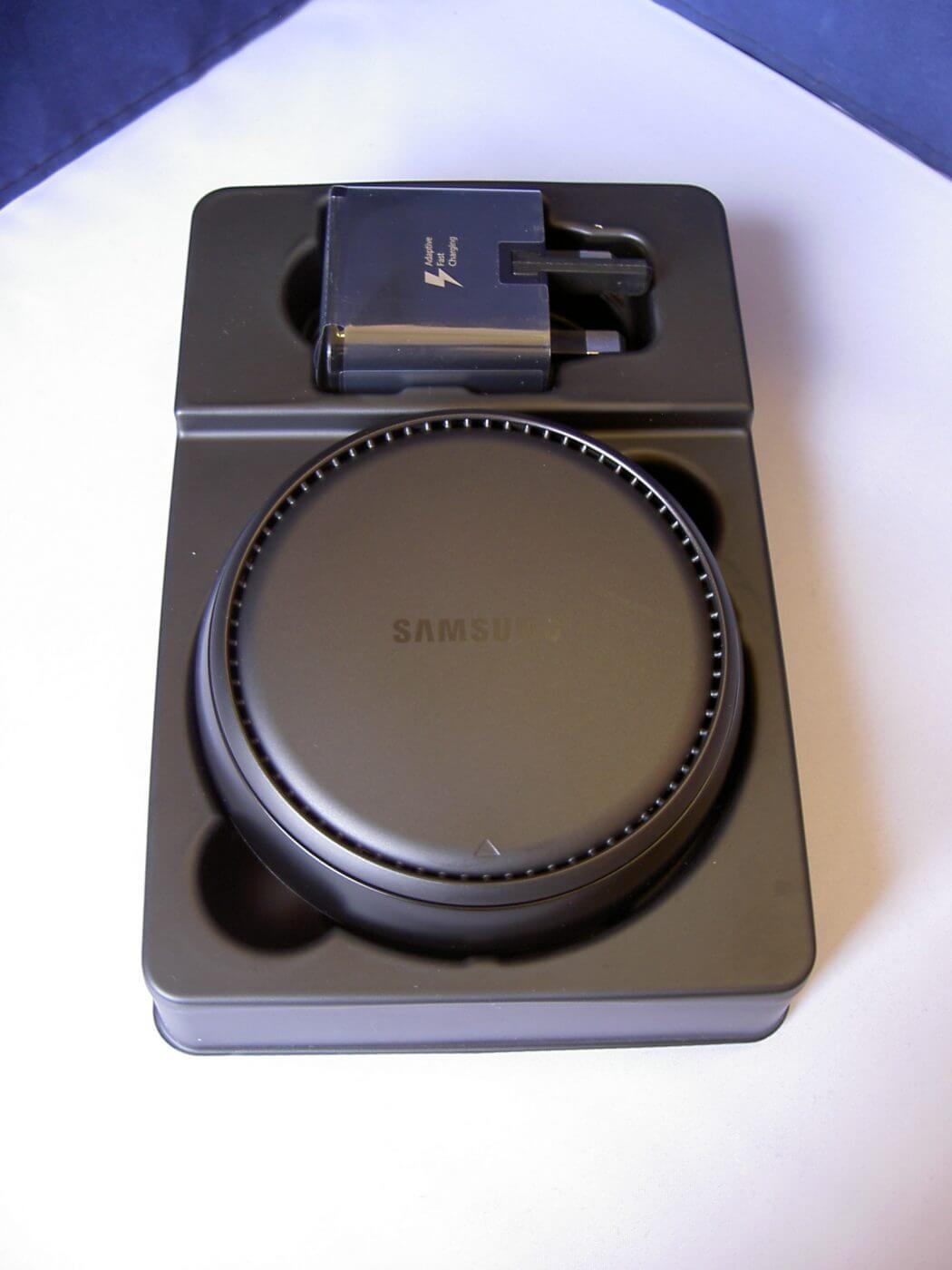 The DeX hardware is circular device, about 10 cm across, with a top surface that sweeps smoothly back and up to reveal the USB C connector for the smartphone. 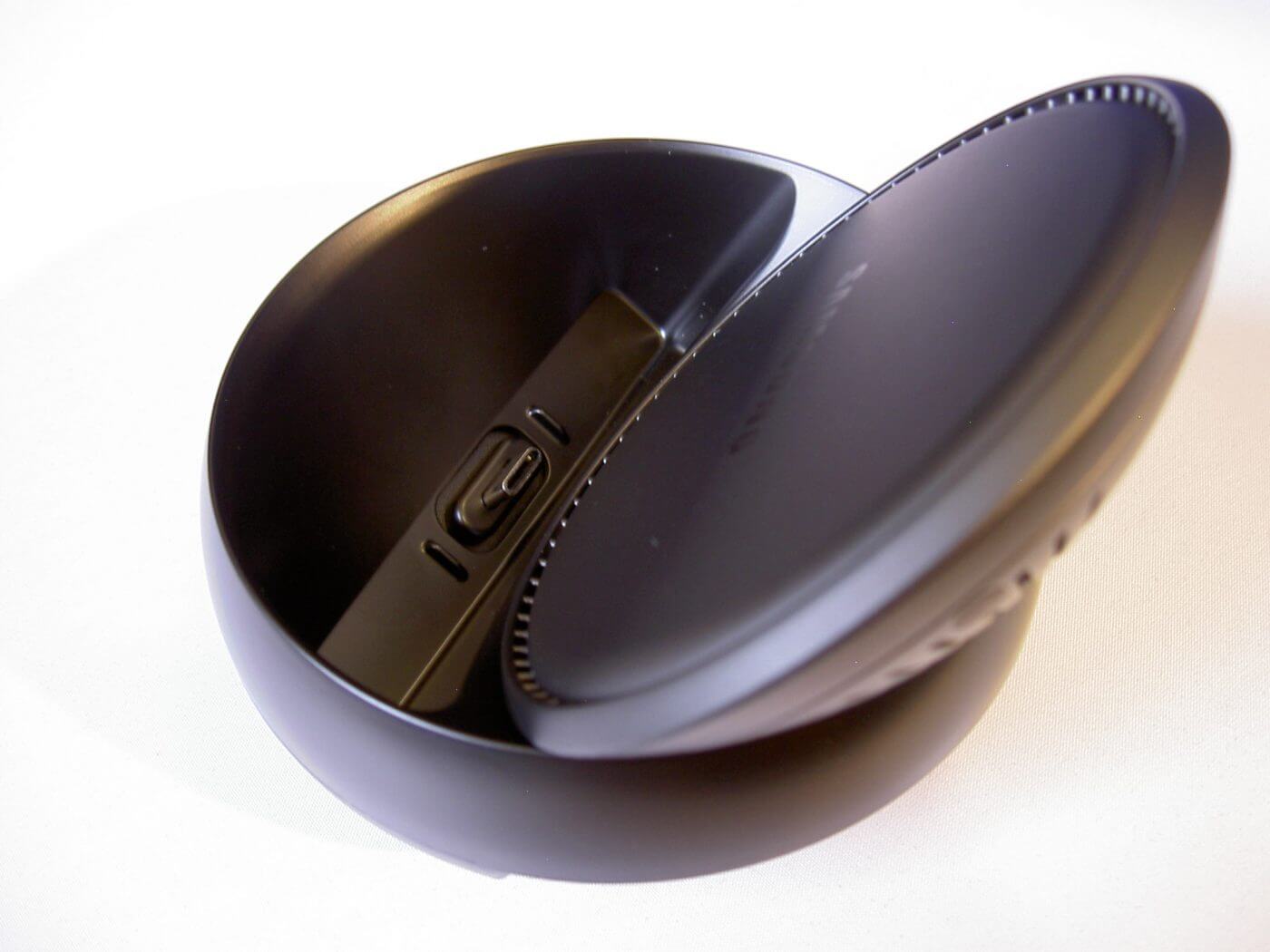 Around the base are two USB 2 ports, a full-size HDMI socket, a 100 Mb/s network connector and a USB C for powering the DeX. 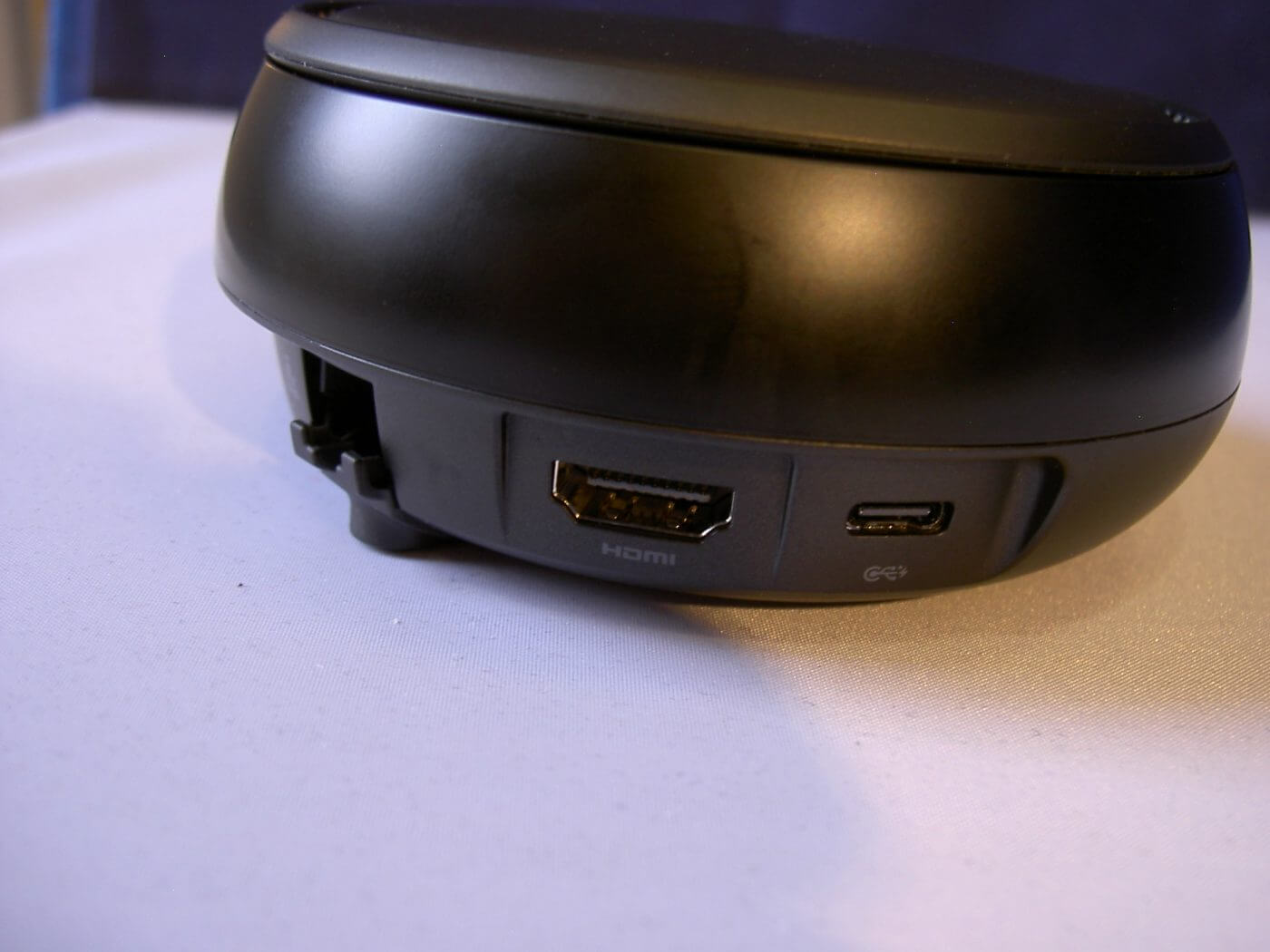 Getting setup is simplicity itself. Connect all the hardware up and slot the phone in. There’s no additional software to add as it’s all built-in to the S8 and the DeX itself. I used a wireless keyboard and mouse combo connecting to a USB transmitter. The TV connected to the HDMI port with a cable and I used the WiFi on the S8 for networking. 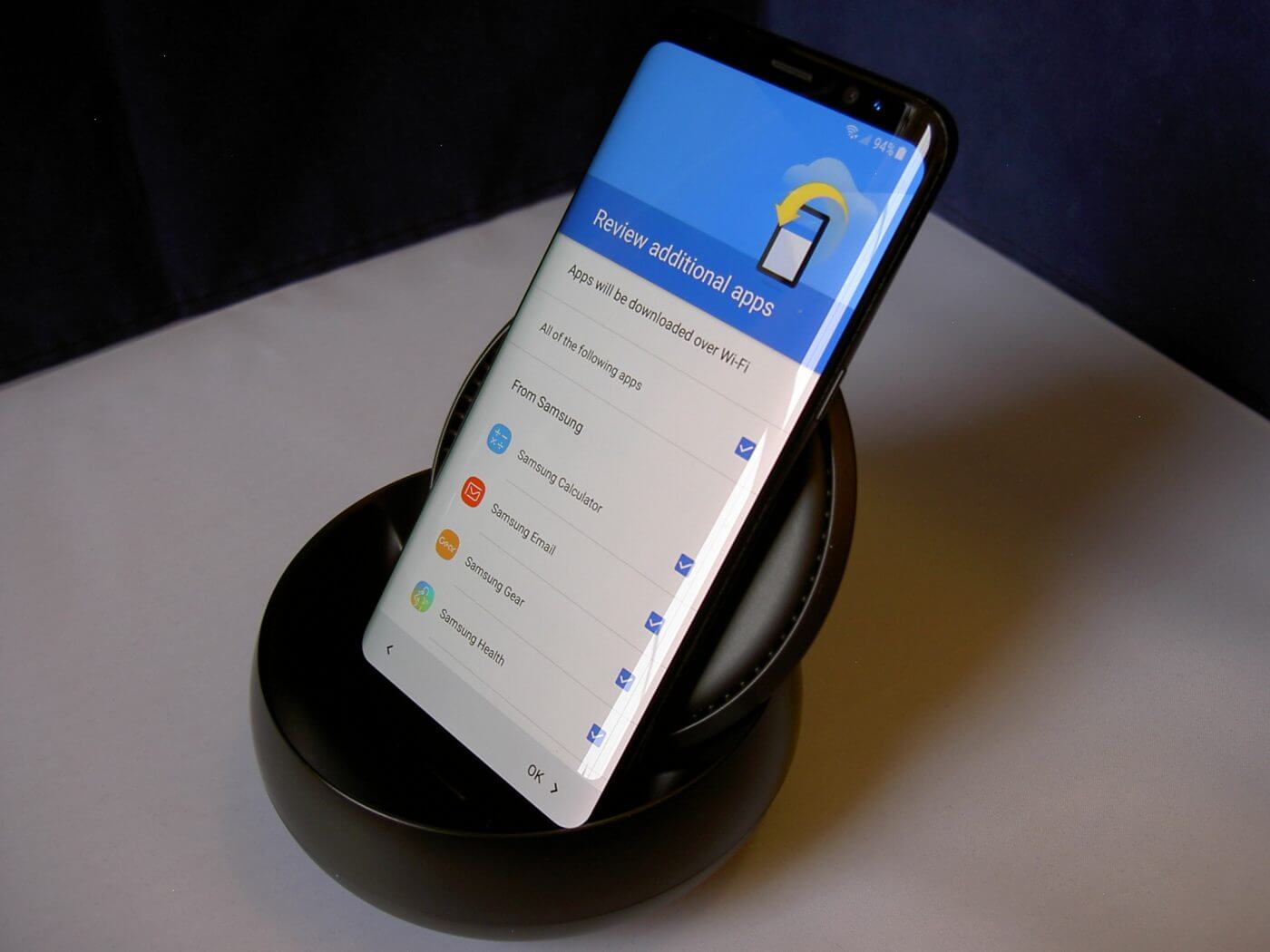 When the S8 is placed in the DeX, a prompt appears asking whether to start DeX or to only mirror the S8 screen. Choosing the former gets the DeX desktop in its full HD glory and it looks convincing. But what’s it really like? 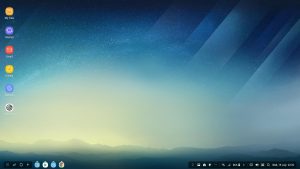 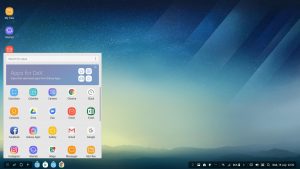 Let’s start with the positives…the DeX desktop is what you’d expect an Android desktop to be like, using familiar apps in a windowed world. It’s fast and all the apps on the phone are available through DeX. Google Maps works and it’s perfect for YouTube and web browsing. Samsung promotes DeX-optimised apps via its app store. 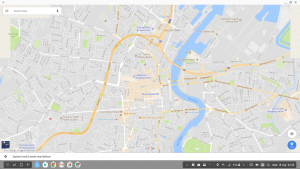 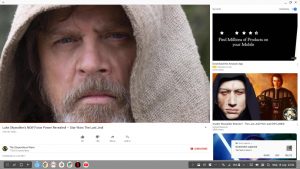 But while many apps seemed to be quite happy with DeX and run in both full screen and windowed modes, some apps don’t like DeX and display as if they are on the S8 in portrait. This is frustrating and while this could be expected for games like Monument Valley, it seems odd that Netflix can’t cope – surely this would be seen as a “must have” by Samsung? Some apps don’t have all the necessary controls either – it’s tricky to pinch-to-zoom with only a mouse pointer. 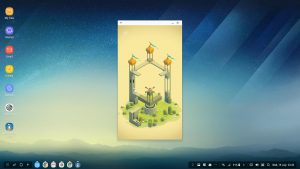 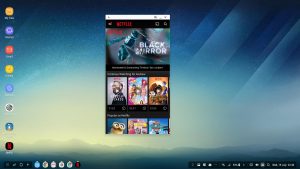 Of course, games players and movie watchers aren’t the target audience for DeX. Samsung see this as a tool for business and promote the benefits of Microsoft apps and Office365 in the literature. For example, instead of a lugging a laptop for a presentation, take DeX, plug it into the data projector and you’re sorted. Need to do a quick bit of editing? Steal a desk, connect up DeX, fire up Word and you’re working.

Where DeX also scores well is with VDIs (Virtual Desktop Infrastructures) like Citrix. Connect through to your office backend to run a virtual Windows PC and you can be working as if you are at your own desk. From that point of view, it’s slick. While DeX isn’t going to replace a laptop on an extended business trip, it makes sense for a short visit when you want to travel light.

Pricewise, the DeX station has an RRP of GB£129, though it’s already discounted by £40 in several online stores. It’s still a percentage on top of the S8 and S8+.

Overall, DeX does what it sets out to do and the key question here is not about the technology. It’s whether Samsung’s vision and the DeX Station match your way of working. YMMV, as they say.