Rather than the usual “hands-on” review, this is more of a “bottoms-on” assessment as here we have a Sitpack Portable Compact Seat. Based in Copenhagen, Denmark, Mono+Mono announced the Sitpack on Kickstarter in 2014 and since then, over 35,000 Sitpacks have been shipped worldwide. Apparently it’s very popular in Japan, so let’s take a closer look.

At first glance, the Sitpack is not unlike a large drinks can and looks nothing like a chair, but it handily unfolds and telescopes out to T-shaped structure for an impromptu lean-to seat. 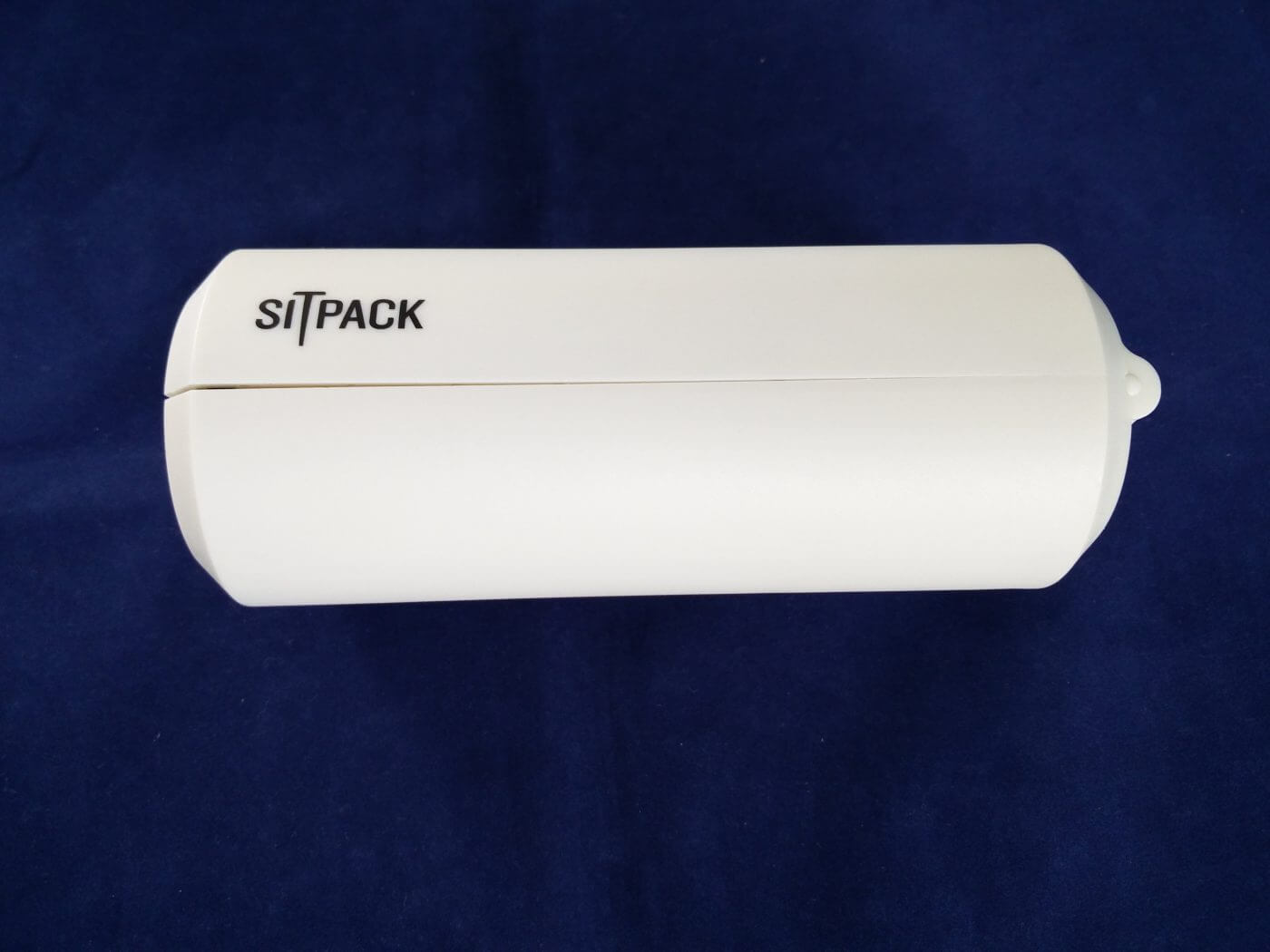 All folded up, the Sitpack is much the same size a 500 ml drinks can and weighs about 600 g. Made of glass-fiber reinforced polycarbonate, it’s solid in the hand and weighs in at 600 g. There’s a hinge on one end and peeling apart the other end reveals the telescopic pole, albeit slightly hidden by a large rubber foot. 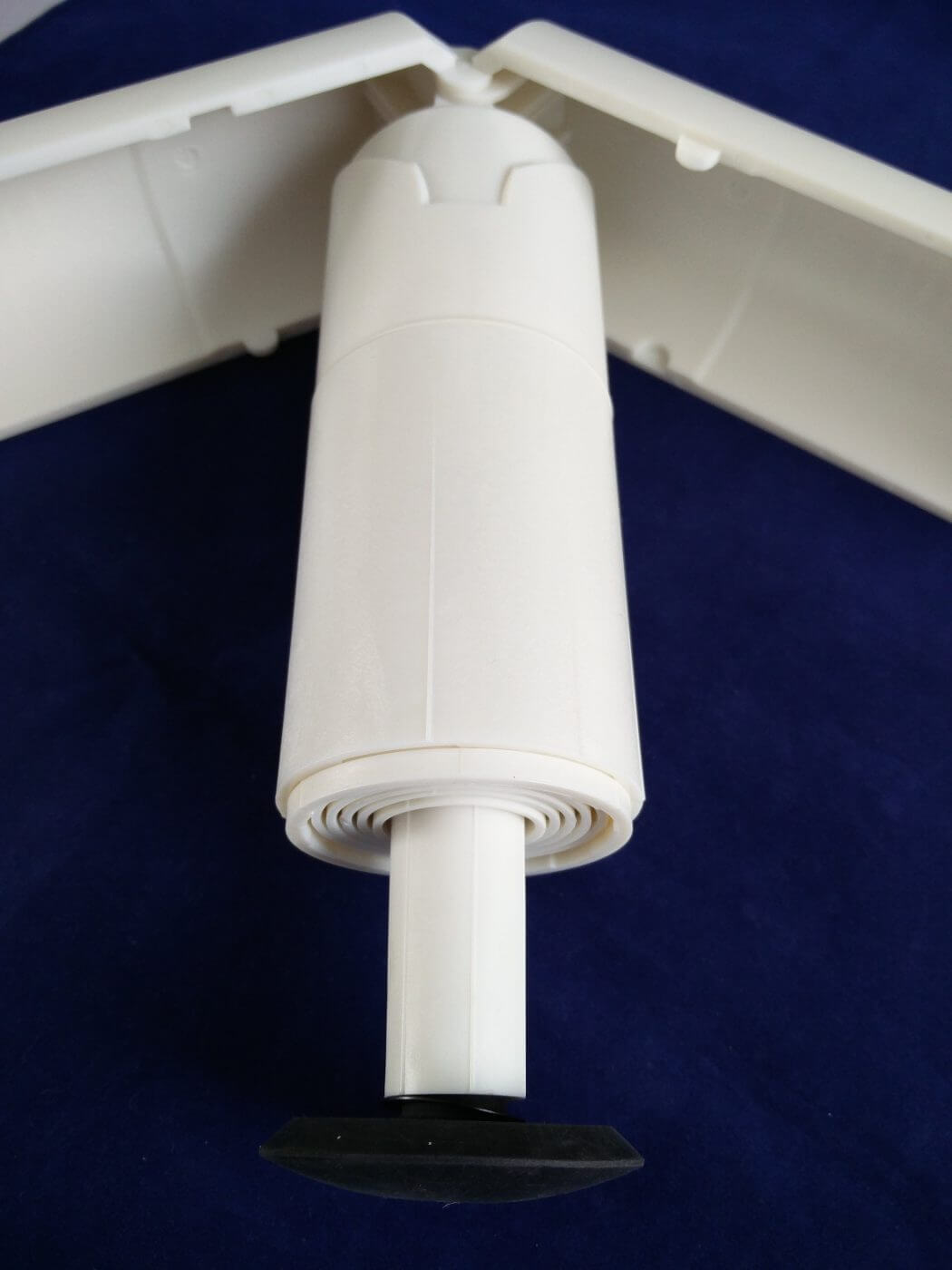 The Sitpack uses a simple “extend and twist” to lock in place each segment of the leg. Fully extend a leg section and twist through about ten degrees until markers on each segment line up. Obviously it’s tricky the first few times, but it doesn’t take long to get the hang of it. 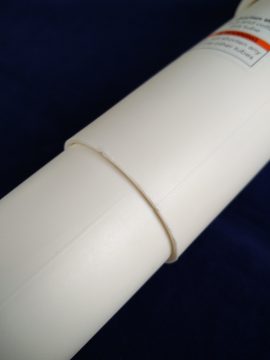 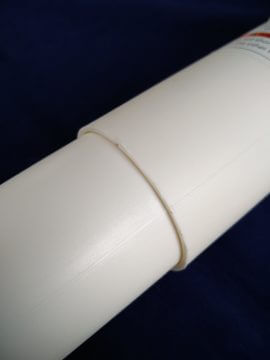 Fully extended the Sitpack is 87 cm tall. The Sitpack can be shortened by one segment for a smaller person, with shorter height of 75 cm. The material suggests that there is an even shorter length of 65 cm but I couldn’t figure out how to shorten it further as there are dire warnings on the top tube of shortening any other tube. If you want to see the extending and collapsing in more detail, Sitpack have a video. 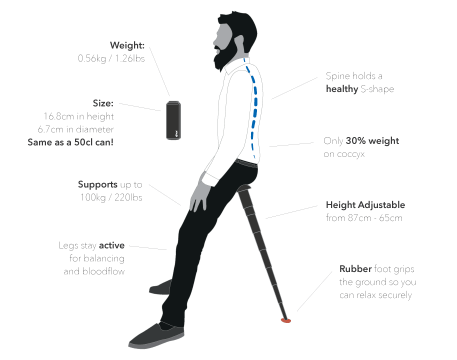 What’s it like to use? The first few goes are really about building up confidence in the Sitpack and deciding the best length. I’m about 5’7″ and I eventually decided that the shorter length worked for me best as it was more of a sitting rather than leaning posture. At full extension, I felt I was leaning against the Sitpack and I didn’t have the confidence, especially on loose or slippy surfaces.

Is the Sitpack comfortable? Well, I’m not going to pretend that the top of the Sitpack is anything other than hard plastic and even Sitpack don’t recommend using it for more than 40 minutes at a time….but it does take the weight off your feet and it kind of feels that you are resting rather than standing. There is a seat cushion accessory (€25) for additional comfort but I wasn’t able to try it out.

For me, Sitpack works best when, say, waiting for a bus or train and you want to read your ereader or tablet. TIimes when you are reasonably static and either on your own or with adult company. It wasn’t a great success on a family outing, as trying to constantly corral two children meant that you never got two minutes to Sitpack still (sorry). I’d also suggest that the Sitpack isn’t the solution for an unsteady elderly relative: you need to be able to balance on the Sitpack. 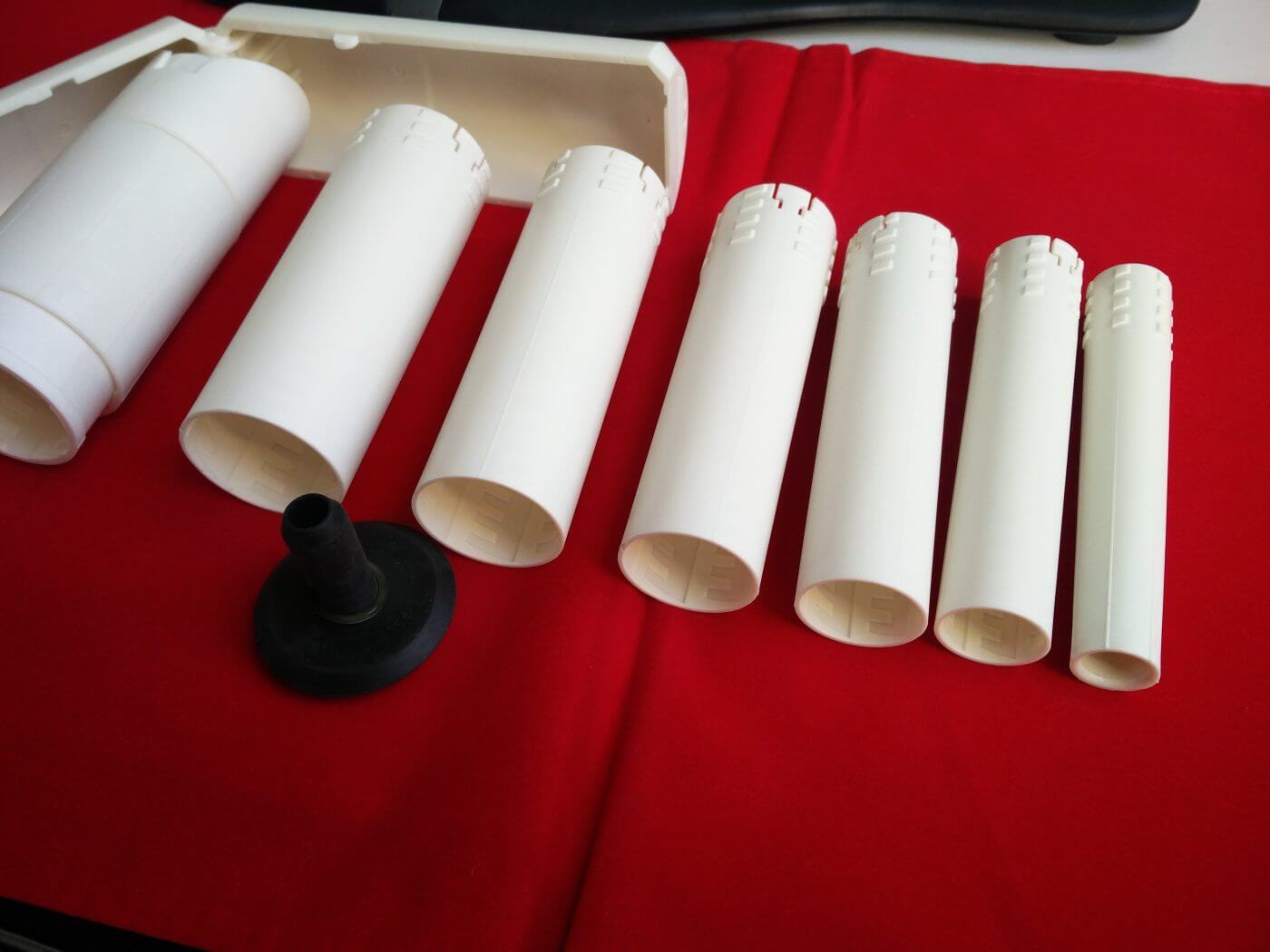 Sitpack’s customer service is superlative. I had an unfortunate accident and managed to break one of the tubes. To start with, the Sitpack fully disassembles and there’s a video here on how to do it. I contacted Sitpack as an ordinary owner and they sent me out a replacement tube free of charge which arrived from Denmark within a few days. Brilliant. 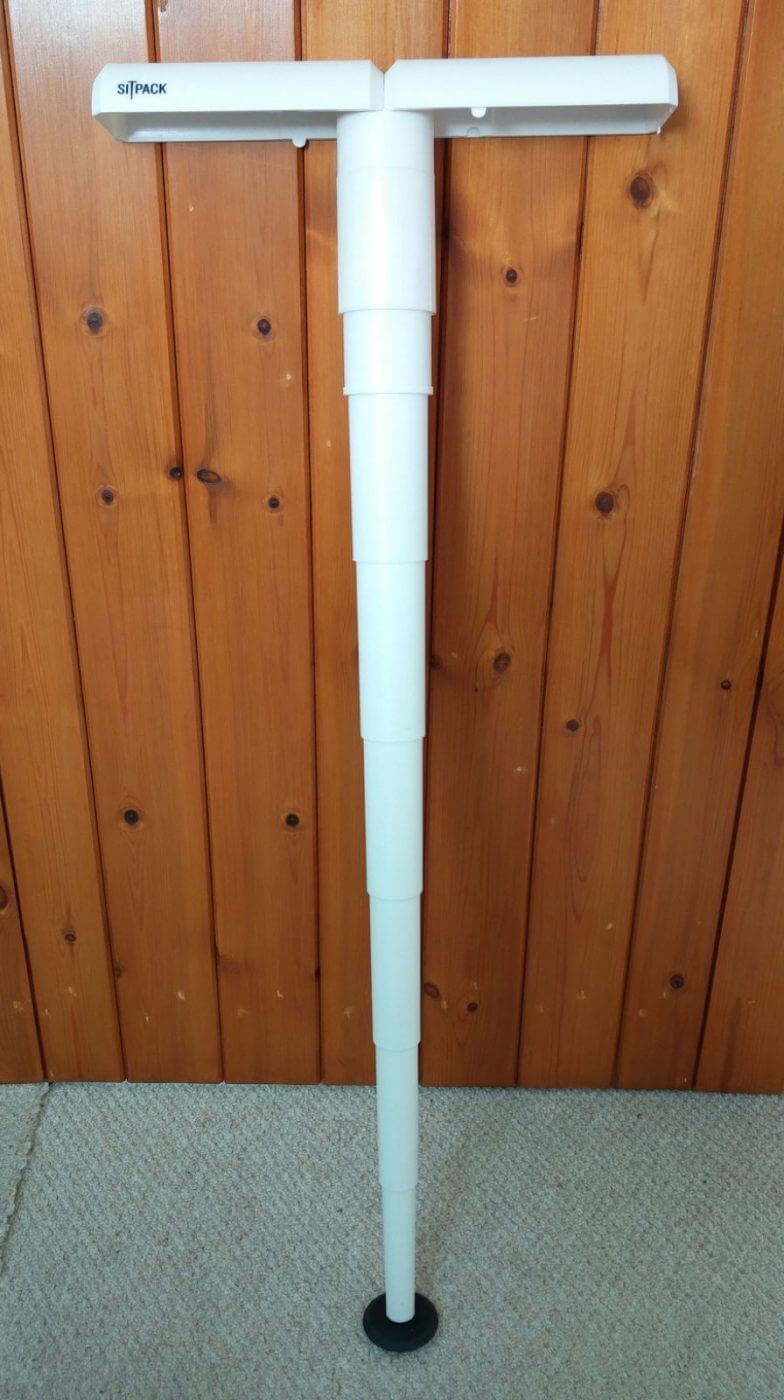 The Sitpack comes in a range of colours; Pearl White, Pitch Black, Easy Blue and Power Pink plus a couple of special editions such as St. Patrick’s Green and Camo Black (it’s a camouflage pattern). The standard price is €55 / GB£46 / US$60 with one or two versions priced either side (€46 / €65). The foot can be customised too, with the standard black rubber swapped out for six other colours. It would be fun if Sitpack offered colour mixing as a black and white Sitpack with alternating sections would be cool.

Overall I liked the Sitpack and I can see the possibilities, especially for commuters on busy train stations without enough seats. Upfront, it does seem expensive at €55 but I think it’s one of these things where “the quality is remembered long after the price is forgotten”. And Sitpack’s customer service is great. On the downside, it is relatively heavy – you’re not going to be carrying the Sitpack just in case, and you do get a bit of numb bum after awhile. The sacrifices I make for Geek News Central….

Thanks to Mono+Mono for providing the Sitpack for review.