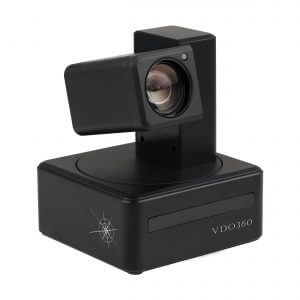 VDO360 releases the next version of their award-winning Compass series USB 2.0 cameras at CES 2017. The new version is the CompassX and it is an improvement upon their Compass series.

The CompassX, also referred to as the VPTZH-04, is built on the strengths of the Compass series enterprise grade construction and appearance, smooth and quick motor response, and multiple means of control interrelation – with improvements such as increased FOV (62.5 Hor.), UVC 1.1 standards compliance, extreme low light capability, and new true full-grid auto focus.

CEO of VDO360, Dan Freeman, said: “The CompassX is also a key part of our AutoPilot (AP) offering, becoming the first USB 2.0 camera with RTLS tracking capability. This really is a ‘sea change.’”

VDO360 will be showing the CompassX at CES 2017 in Las Vegas, January 5th – 8th, booth 45438 in the Education Marketplace, The Sands/Venetian Convention Center.