Devolo has rounded out the range of sensors in its smart home system, Home Control, with the addition of two new sensors for humidity and water (flood). Although previously announced over the summer, these devices are now available for purchase through several on-line and high street stores. The folks at Devolo were kind enough to send two units for review. Let’s take a quick look. 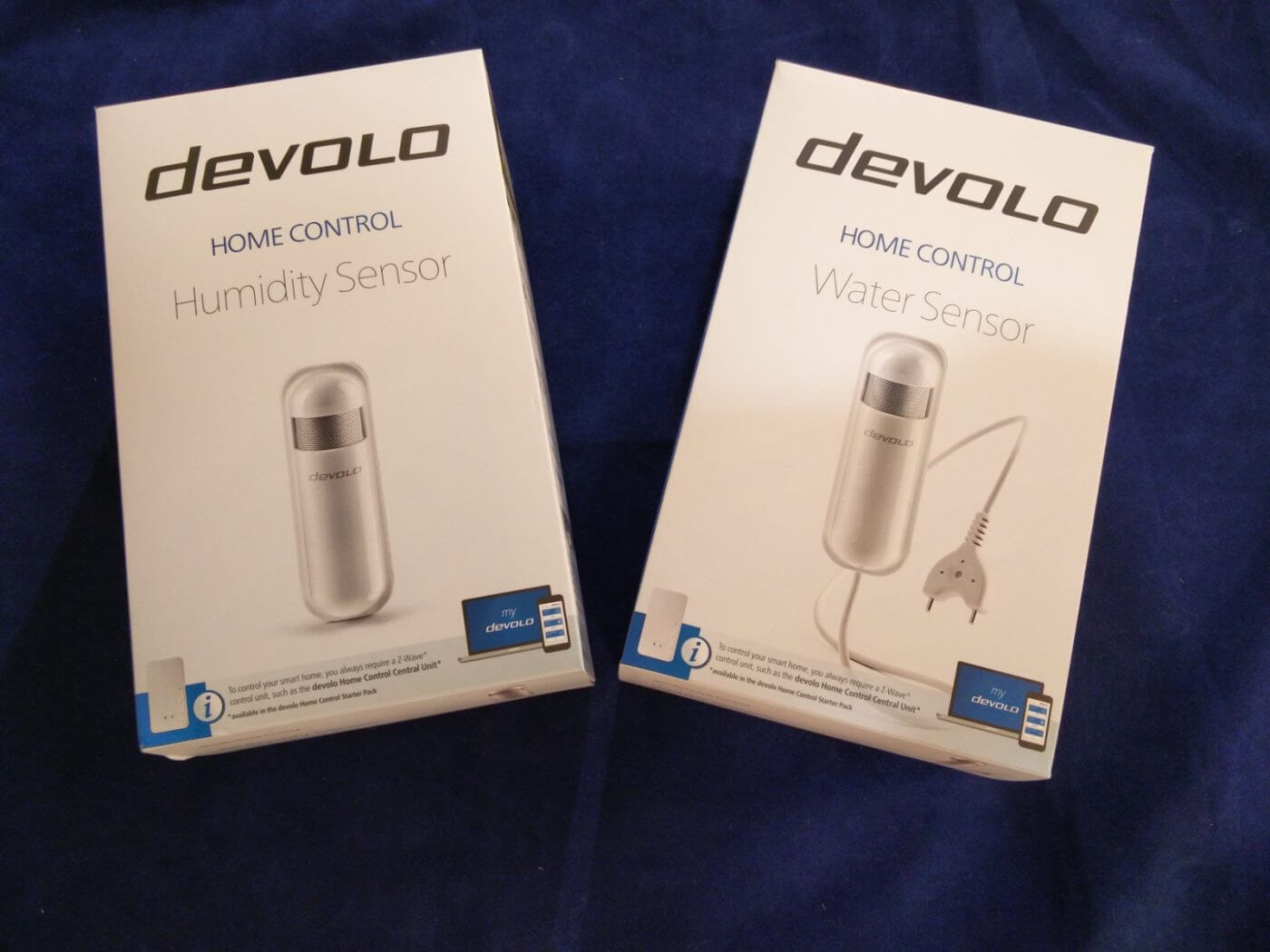 Both sensors use the same basic “mini PIR” design that’s shared with the existing movement and door sensors, though the water sensor has a long tail with the water detector on the end. Obviously this is so that the main part of the sensor can be mounted conveniently and the detector positioned down the back of the washing machine, touching the floor.

The sensors are a sturdy white plastic, much as you’d find any domestic security system. The rear clips off to change the battery which has a claimed life of up to 5 years. I’d be a little skeptical of that based on my experience of similar sensors in the range, but YMMV, 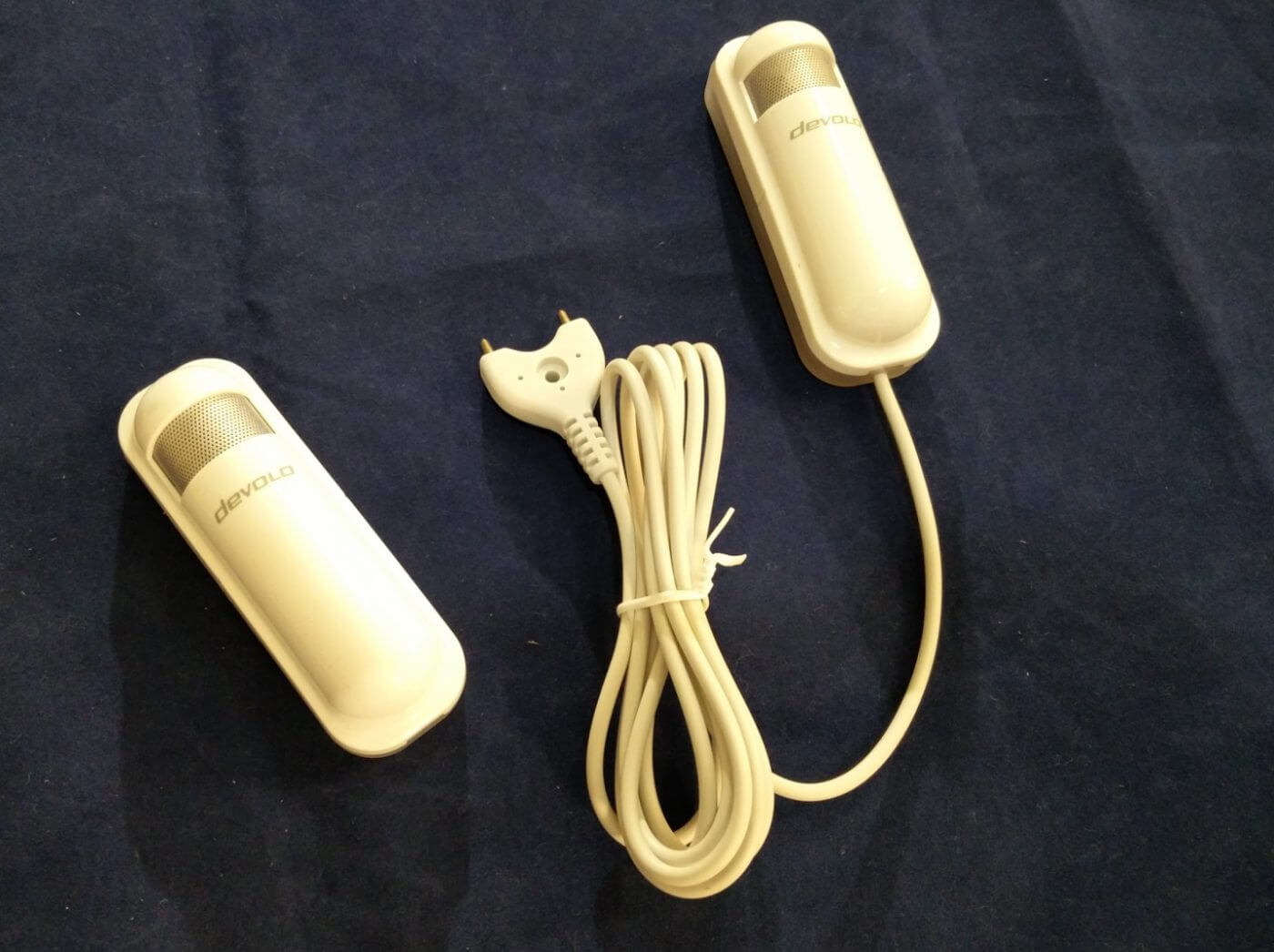 The sensors aren’t much use on their own and have to be paired into the Home Control central unit. All the sensors use Z-Wave to communicate with the central unit and getting them setup is easy to do out-of-the box. Simply pull the battery tab out of the back to put the sensor in pairing mode, and then use the app on a smartphone to detect and add the sensor into Home Control. The app goes through it step by step, with helpful videos presented for information. There’s a new Home Control app which is much improved over the previous version but does have a few cosmetic issues. 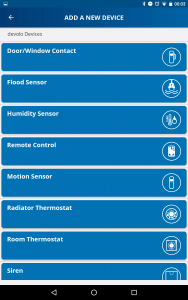 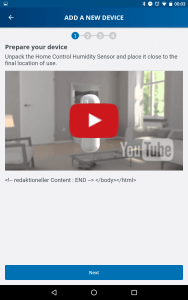 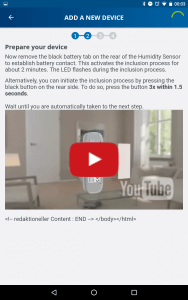 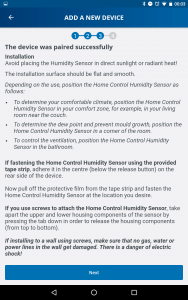 Once the sensors are in the Home Control environment, they can be incorporated into rules to do useful things. For example, if the water sensor detects water (under the washing machine), then send a text message or email to alert the owner. If the humidity sensor says that it’s too damp, automatically turn on the power to a fan (and then turn it off when the humidity falls). You’re limited only by available sensors and acting devices. The new smartphone app doesn’t provide rule editing features yet, so the full web app at mydevolo has to be used for the rules.

The water sensor isn’t terribly interesting as it’s all or nothing: either the floor is dry, or it’s time to call a plumber. On the other hand, the humidity sensor is much more fun as it records both humidity and temperature. The Devolo Home Control app shows the current state of the sensor and also historical data, so you can review the graphs to look for trends. 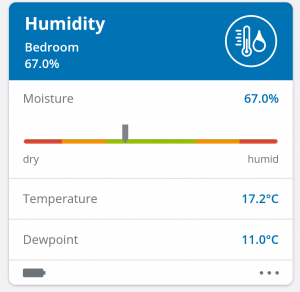 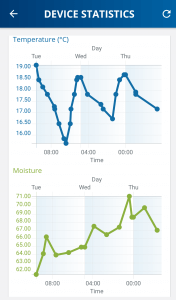 Overall, these are handy additions to the Home Control ecosystem. Each fulfills a slightly different role, in that the water sensor is for emergencies, whereas the humidity sensor has a day-to-day function. The sensors aren’t cheap, with an RRP of GB£49.99 (and they are a little more expensive than their main competitor) but if you are bought into Home Control, they’re worth considering. For me personally, the water sensor is ideal for my garage as it has a tap without a drain. If the tap is left on, even just slightly, the floor floods over a couple of days. With the Devolo water sensor installed I’d get a quick warning of the problem.

If you want to see more, there’s an unboxing video below.

Thanks to Devolo for providing the sensors for review.

2 thoughts on “Devolo Extends Home Control To Humidity and Flood”