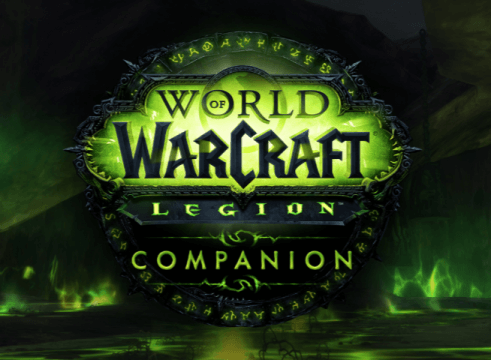 Blizzard Entertainment has launched the WoW Legion Companion App. It is for players of World of Warcraft who have the recently released Legion expansion. The app can be downloaded for free from either the App Store or Google Play.

The WoW Legion Companion App can be used by players to keep track of their progress in game. It is not a substitution for the World of Warcraft game (or the Legion expansion). In other words, the app lets you do certain in-game things through your mobile device, but you still need to use your computer to play WoW.

Players can use the app to:

Track World Quests – View your active world quests and emissary bounties from the app. You can check on rewards and figure out which quests to do once you’re in-game.

Mission Control – See which missions are available to you in your Class Order Hall and get them started through the app. You can complete missions, collect rewards, manage your followers, upgrade their gear, and recruit troops for future missions.

Order Hall Progress – Conduct research and track the status of your Order Hall tech tree to maintain the momentum of your in-game progression.

In November of 2015, Blizzard Entertainment acquired King Digital Entertainment. Since then, there has been much speculation that the result would be an app that connected to at least one of Blizzard’s games. The WoW Legion Companion app appears to be that result.