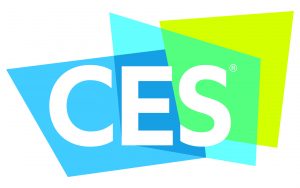 The Consumer Technology Association (CTA) announced that the Eureka Park Marketplace at CES will expand by more than 16% at CES 2017 in order to accommodate a growing pool of highly qualified candidates. Driven by market demand, the curated exhibit area will house 600 innovative startups looking to build brand awareness and forge cross-market partnerships. CES 2017, the global stage for innovation, will run January 5-8, 2017 in Las Vegas, NV.

A platform for innovators of all sizes, CES draws some of the most brilliant minds representing a wide array of industries. CES 2016 featured the latest innovations from 500 startups representing 29 countries with more than half coming from outside the U.S., including newcomers to CES: Austria, Czech Republic, Greece, Netherlands, New Zealand, Russia, Taiwan, Turkey and UAE.

Eureka Park exhibitors have the opportunity to network and conduct business with more than 165,000 attendees expected at CES 2017 with more than 6,500 members of the media on hand to cover the next generation of tech. In addition to startups, the show will feature more than 3,800 exhibitors spanning more than 2.4 million net square feet of exhibit space.

Due to the popularity and growth of Eureka Park, CES has included a formal application process to award only the most qualified, innovative startups show floor space for 2017. Registration opens September 6, 2016.