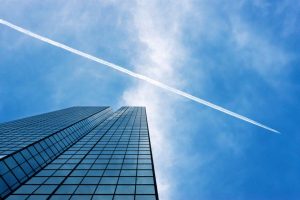 A study published in Environmental Research Letters was done for the purpose of addressing the claims made by some people about “chemtrails”. In short, the results showed that “chemtrails” are not real. What people are seeing can be explained by other factors.

The authors of the study included Ken Caldera of Carnegie Institution for Science.  The authors conducted a survey of two groups of experts: atmospheric chemists with expertise in condensation trails, and geochemists working on atmospheric deposition of dust and pollution. The purpose of the study was, for the first time ever, to evaluate the claims of those who believe in “chemtrails”.

“Chemtrails”, which are also refereed to as “covert geoengineering” could be described as a conspiracy theory. Some people believe in the existence of a secret large-scale atmospheric program (SLAP), which they say has been engaging in widespread chemical spraying. Those who believe that secret chemical spraying has been going on say that it has negative impacts on human health and the environment.

The study referred to an international survey of 3,015 people. Out of that group, 2.6% of the respondents said it was “completely true” that there was a secret government program that uses airplanes to put harmful chemicals into the air. Another 14% said it was “partly true”.

A total of 77 scientists took part in the study. A total of 76 out of the 77 scientists said they had not encountered evidence of a SLAP. They also agreed that the alleged evidence cited by the individuals who believe that secret atmospheric spraying was being done could be explained by other factors. Some of those factors included typical airplane contrail formation and poor data sampling.

One of the most interesting thing about this study, at least to me, is that it is not the authors’ goal “to sway those already convinced that there is a secret, large-scale spraying program”. The authors note that these believers “often reject counter-evidence as further proof of their theories”. Instead, the goal was to establish a source of objective science that can inform public discourse.

One thought on “Study Finds “Chemtrails” Do Not Exist”