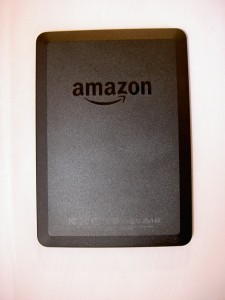 There’s nothing like trying before buying. It’s the ultimate way to know for sure that the focus of your most recent gadget obsession is truly worth purchasing. Apple opened its own line of retail stores based on that very concept. And while it’s easy enough to order almost anything online and have it delivered quickly, there’s still no way to put your hands thru a computer display and actually hold something before pressing the “add to cart” button. And that may be why Amazon and Target have come to an agreement that’ll soon find Amazon’s Kindle line of products available to purchase on Target’s website and eventually at the massive chain’s many retail stores.

This isn’t the first time Target carried the Kindle line of products. But the retailer abruptly stopped selling the devices in 2012. No official reason was ever given for the change. But considering the fact that Amazon and Target are essentially in the same business (retail), perhaps there was some trepidation on Target’s part about selling something that directly supported its competition.

Regardless of the speculation, this development will be good news to buyers who’ve wanted to try out an Amazon Kindle, Amazon Paperwhite, Amazon Kindle Fire tablet, or an Amazon Fire TV before opening their wallets to buy one.