A British Gas incubator, Hive has been a British success since 2013, bringing smart heating controls to UK homes. Building on the back of this success Hive are expanding their portfolio and making Hive the heart of the smart home. In the third of my smart home interviews from Gadget Show Live, I talk to Elvin about Hive and their new range of products. 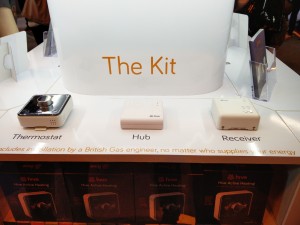 The Hive team first realised that while almost everyone in Britain had a central heating system, it was often poorly controlled and inefficient, either through a lack of understanding of the controls or simple laziness. Few people go beyond adjusting a thermostat for summer and winter, never mind worrying about turning the heating off when out for the evening.

Next, they designed easy-to-use replacement heating controls that could be monitored and adjusted from a smartphone or website and fortunately the team used a standardised wireless protocol called ZigBee as part of the Hive solution. This crucially meant that the Hive system could now be extended with other new products using the same wireless technology. 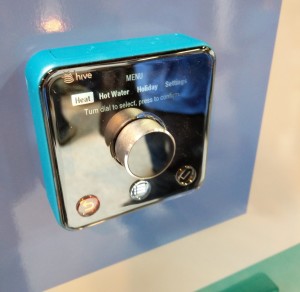 Hive have added the three smart home basics of smart plugs, motion sensors and window / door sensors, with lighting to come soon. As with any smart home, there’s the complementary smart phone app for the review and control of devices with the home.

Finally, the backing of British Gas as a household name gave homeowners reassurance to adopt the new technology and install Hive.

The Hive heating system consists of the main hub, thermostat and receiver, and it costs GB£249 including installation. Extending the system into a smart home costs £39 for the smart plug and £29 for the motion and door sensors. There’s more info on Hive at www.hivehome.com.