Parkinson’s is a terrible condition and while some drugs can ameliorate its effects, it can be tricky get the dosage regime right. Too much and the side effects include involuntary movements called dyskinesia. Andrew interviews Dr Stephen Smith from ClearSky and University of York about their wearable technology and software algorithms that can identify when a patient is receiving too high a dose.

The ClearSky LID-Monitor uses six trackers that are attached to the sufferer for a day, measuring and recording the wearer’s limb movements over the period. At the end of the day, the data from the six trackers is uploaded to a PC and analysed, showing the clinician the parts of the day when the patient suffers from dyskinesia. On the screen below, these periods are shown in green, giving the clinician guidance on suitable changes to medication.

The development of the LID-Monitor was part funded by the Royal Academy of Engineering. 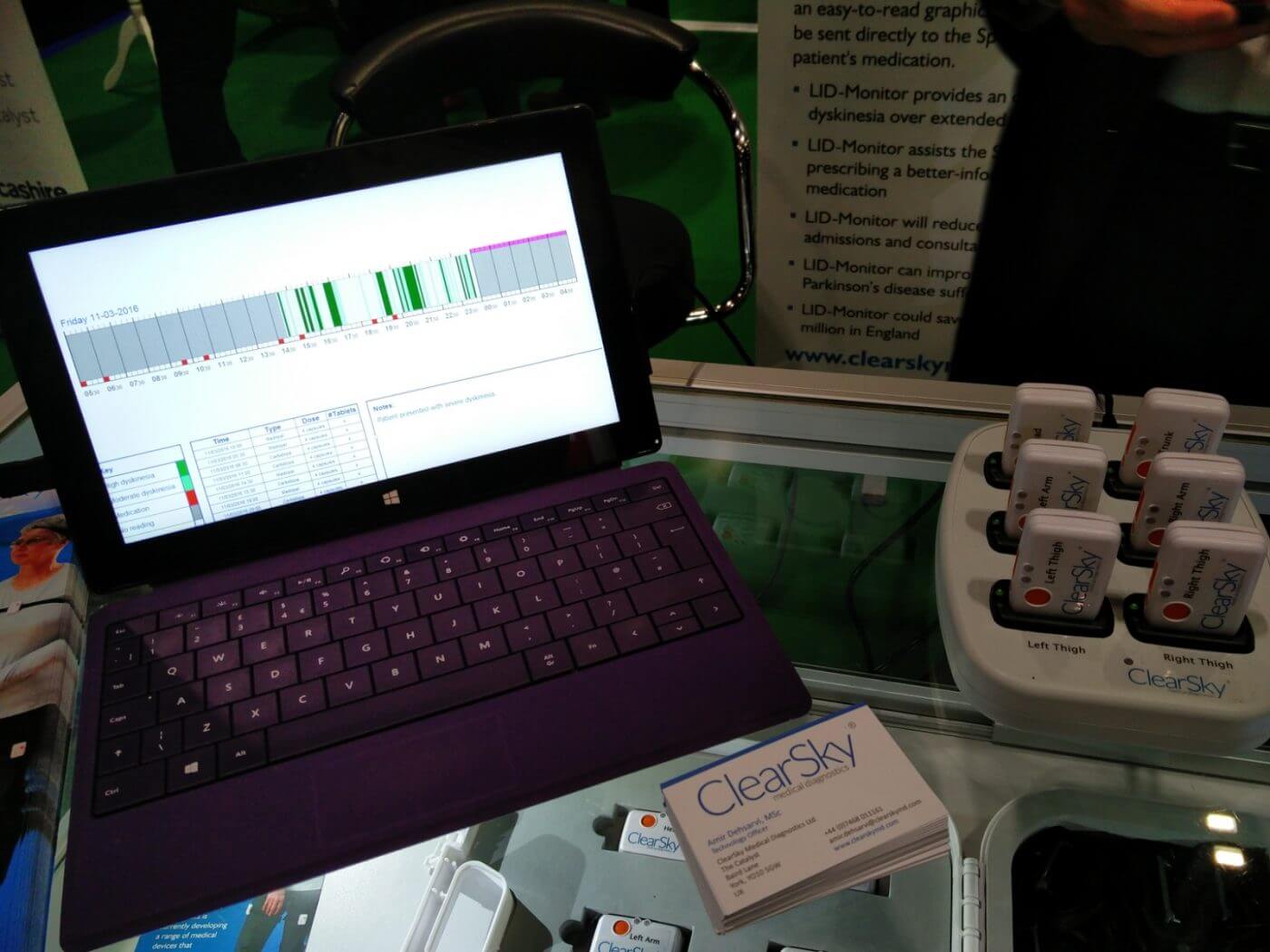