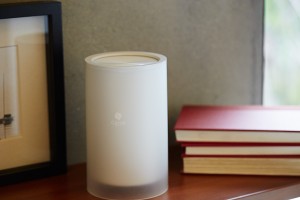 Cassia Hub has unveiled the Cassia Hub at CES 2016. Cassia Hub is the world’s first Bluetooth router which uses a new enabling technology that redefines what’s possible with Bluetooth.

Capable of networking and controlling up to 22 Bluetooth devices, the Cassia Hub also extends the range of Bluetooth communications to 1,000 feet in open space – more than 30 times the standard operating range. The hub also comes with the Cassia mobile app which integrates and automates control of all connected Bluetooth devices both inside and outside the home.

Using Cassia’s new proprietary and patented technology, the Cassia Hub can not only connect up to 22 devices at once, but it can also communicate and relay messages for Bluetooth devices up to 1,000 feet away (open space) or through three interior walls. This means no longer being tethered to your Bluetooth speaker or losing a signal when you enter another room.

The Cassia Hub is compatible with Bluetooth 4.0 (BLE and Classic) and does not require any modification or configuration of devices. This means, previously purchased Bluetooth enabled devices such as smartphones, speakers, fitness trackers, headphones, lights, locks and countless other Bluetooth devices should readily and seamlessly connect to the Cassia Hub.

With the Cassia Hub, users can stream music wirelessly from popular streaming services as well as local content on their phone throughout the house using Bluetooth speakers they already own.

The Cassia Hub connects to the internet via Wi-Fi or Ethernet, which enables users to control their Bluetooth devices outside of the home. By using their internet-enabled smartphone or tablet to access the Cassia App, users will have access and control of their devices from virtually anywhere within internet access, something not possible with current Bluetooth technology.