When the late Steve Jobs introduced the iPad a few years ago, he made the analogy comparing the iPad to cars and conventional computers to trucks. 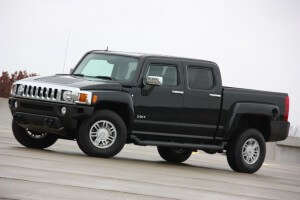 At its essence it is a good analogy. Cars provide comfortable transportation for a limited number of passengers. Trucks can haul massive payloads. There are a myriad of vehicle sizes in between that serve many different functions. Overall in this blend, there are more cars on the road than trucks, but there are plenty of vehicles that fall into the hybrid category.

What would happen if we press the analogy farther? Where do vehicles such as pickup trucks and the ever-popular SUV variants fit in to Jobs’ vision? Vehicles of different sizes perform different functions

Modern computers also come in many different shapes and sizes. We started out with massive mainframes in corporate and government computing centers, and we have ended up with extremely powerful miniaturized computers that are so inexpensive and useful they are virtually everywhere.

The Surface Pro 3 and 4 could be considered pickup trucks in Steve Jobs’ analogy. It functions well as a capacitive touchscreen tablet media consumption device, but it also is a full-fledged, no compromises PC that can handle real-world productivity tasks. This is the computer I’ve been looking for since becoming intimately familiar with my first iPad.

I feel the need to reiterate once again that I am a fan of technology. I own many Apple devices as well as Windows and Android devices – I feel no monolithic loyalty to any of them. Setting aside irrational emotional reactions for or against companies or operating systems, the convertible tablet PC is a fantastic computing concept that through blood, sweat and tears Microsoft has made into a reality.

Will the convertible tablet PC catch on? My prediction is yes. Will Apple produce the Mac OS/X version of the Microsoft Surface Pro? Again, my prediction is yes, though they may stubbornly resist for a while the same way they resisted producing larger-screen iPhones — they pivoted when they realized they were leaving money and mindshare on the table.