Overall, I’m pretty happy with my iPhone 6 Plus. But one problem I keep having to deal with is screen glare, especially in sunlight. The problem is compounded by my visual impairment and it makes the phone almost unusable outdoors. After doing some online research, I decided to pick up a Power Support Anti-Glare set at my local Apple Store. 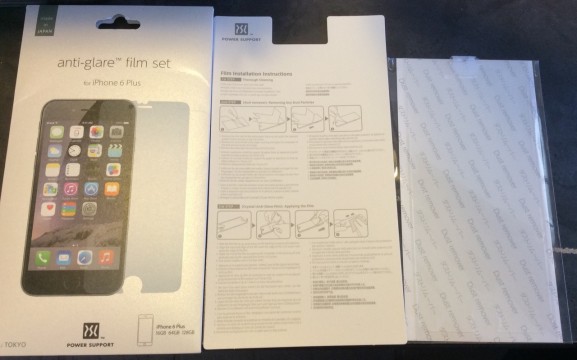 The set is pretty straight forward. It comes with a set of instructions along with two adhesive anti-glare films and one adhesive dust remover. For good measure, I removed my iPhone from its protective case (the instructions don’t specifically recommend doing this) and polished the screen using some Juce screen cleaner. Next, I used the included dust removal adhesive strip by applying one half of the strip at a time until the entire front of the phone was covered. 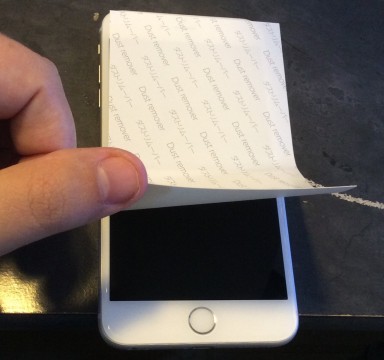 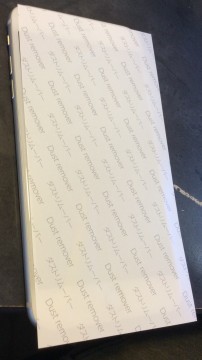 I let the dust remover rest for a couple minutes and removed it. Then I began applying the anti-glare film. Based on some of the reviews I’d read online, I decided to try and align the film with the top of my iPhone, as opposed to the bottom as the instructions suggest. 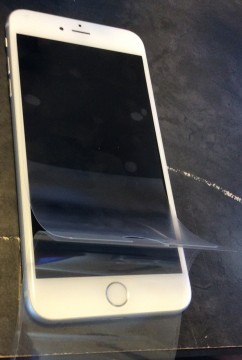 This turned out to be a bad idea as the film was noticeably misaligned and there were some seriously obvious air bubbles. I removed the film and tried again, using the iPhone’s home button as a guide. I also did my best to smooth out air bubbles as I went along. Here’s how the phone looks with the film applied: 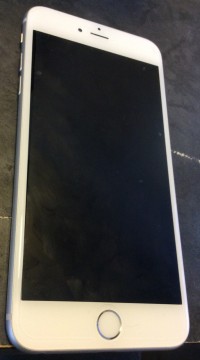 This application is aligned much better than the first. There are still some small air bubbles but they’re not really noticeable. Also, I don’t really blame the bubbles on the design of the film. I’m sure if I’d been more thorough as I applied the film, the bubbles would’ve worked themselves out.

And now, the moment of truth. Below is a before photo of the iPhone in the noonday sun before the anti-glare film was applied, followed by a photo of the phone after the film has been applied. 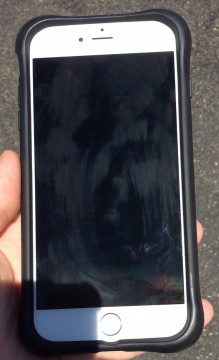 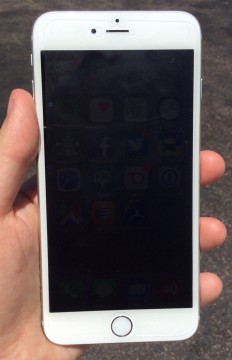 It may be difficult to really see any difference. But it’s there. I’ve also found that it can help to turn up the brightness of the iPhone 6 Plus screen in bright conditions. I’m also surprised at how comfortable the anti-glare screen is to the touch. I’ve never had any kind of anti-glare/protective coating on a mobile device before and I was concerned that the film might feel rough or grainy. But it’s smooth and almost as natural as the touchscreen itself.

I haven’t used the anti-glare screen enough yet to really know if it’s gonna provide a real solution to the outdoor glare problem. But any improvement at this point will be considered a win.