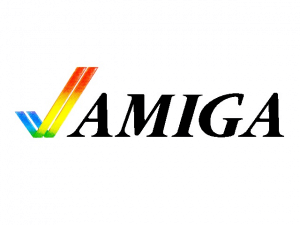 My first ever family computer was a Commodore 64. I still remember how excited I was when my dad brought one home for Christmas, 1984. We spent hours putting that machine thru its paces. Which really means, we used it to play video games. Lots and lots of video games. And sometimes, we’d take a break from those games to do something more computer-y like make a database or manually input some code (probably for a game!) from one of the day’s prevalent computer magazines.

A few years later, we replaced that C-64 with a shiny new Amiga 500. And while we lost all of those great games, we gained 16-bit color and sound as well as the ability to add things like hard drives and other I/O. Around this time, I was able to take a media production course thru a vocational school. The school had a small lab of the A500’s bigger brother, the Amiga 2000. This is where I was first introduced to things like the Newtek Video Toaster as well as digital audio production. Oh, how I lusted after one of those Amiga 2000’s (or for that matter, the Amiga 3000 and 4000!). I desperately wanted to own one but alas, it never happened.

All of those memories came flooding back to me when I recently came across this article about a school district in Michigan that’s still using an Amiga 2000 to control its HVAC systems. I’m unsure if this is a testament to the reliability and quality of Commodore products or a sad statement on the nature of public school funding. Regardless, the Grand Rapids Public School District is using an Amiga 2000 working in concert with a 1200-bit modem and a radio system that sends signals to the school district’s buildings, turning on/off heaters and air conditioners as needed.

Apparently, the wireless frequency used by this system overlaps with the same radio frequency used by district maintenance, which sometimes creates problems. Maintenance crews have to maintain radio silence for periods of up to 20 minutes whenever one of these communication problems arises.

If voters approve an upcoming bond measure, the school district should be able to raise enough funds to replace the vintage computer system. If the bond does pass, I hope there’s a museum or something that can house that Amiga 2000. After nearly 30 years of venerable service, it deserves more than to just be sent to the recycler.