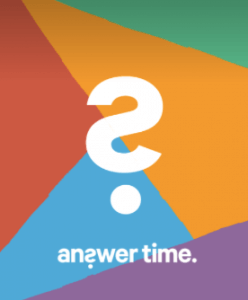 Tumblr has announced a new feature that has recently been added. It is called Answer Time. It might be Tumblr’s attempt to compete with Reddit’s AMA (Ask Me Anything) as well as other social media platforms that involve a famous person answering questions from the general public. In May, President Obama did a question and answer session about climate change on Twitter.

In order to participate in Answer Time, you need to have a Tumblr account. Tumblr will give people plenty of notice whenever an interesting ask box has opened. Five of them are being highlighted right now. In short, Answer Time enables users of Tumblr to ask questions to famous people who also have a Tumblr account. Tumblr says that Answer Time will include musicians, artists, actors, politicians, and internet personalities.

There are five upcoming Answer Time events planned. Users of Tumblr can ask any of the featured famous people a question right now, and that person might answer it during his or her scheduled Answer Time.