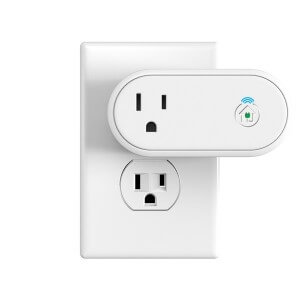 Home automation, sometimes known by the scary name of “internet of things”, is a big deal these days. The recent CES show in Las Vegas did nothing to banish that notion. To compliment Apple’s recent Home Kit release, Incipio brought along some products to show off.

“When Apple announced HomeKit, our team immediately went to work on developing cost effective solutions that are deeply integrated with iOS and that have more compatibility than current home automation devices on the market,” says Andy Fathollahi, Chief Executive. “Today, Incipio delivers three user-friendly home automation solutions and a complimentary app, at an incredible value, that will truly impact and simplify day-to-day routines with just a tap of your device or a Siri voice command”.

The Incipio DIRECT Wireless Smart Outlet was unveiled, bringing automation to your plugged in items. There is also the Light Bulb Adapter and Power Strip. All products are compatible with Siri, can be used to create zones and controlled by the company’s own app. Pricing details follow below.