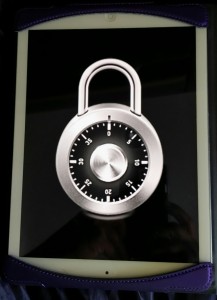 My current iPad Air is a frustrating device. It has so much obvious potential, but its functionality is deliberately being hamstrung by Apple itself.

There are certain tasks I’d like to accomplish with the aid of my iPad Air in conjunction with my other devices that seem difficult or impossible because of Apple-imposed restrictions. Most of the time, I would like to be able to easily move my files to and from the iPad for processing.

Apple seems to still be trying to position the iPad primarily as an iTunes storefront complete with DRM, thus hobbling the iPad’s potential as a real-world productivity device.

Unless I want to jailbreak it so I can do what I want to with it, I’m ending up using it mostly as a very expensive streaming video player. Jailbreaking really isn’t a good answer either. Software apps are continually being updated, which ultimately will interfere with the jailbreak.

The restrictive, claustrophobic nature of iOS is becoming ever more apparent, especially since having moved to a Galaxy Note 3. I am finding that I’m doing ever-more real-world work with the phone that I’d like to be able to do on the iPad Air’s larger screen.

Why does Apple have to be so frustrating? My first years with Apple computers and moving away from Windows was a very positive experience. Apple computers seemed worth the premium price because everything just worked with minimal frustrations.

At this point it seems like I’m constantly running into locked doors.