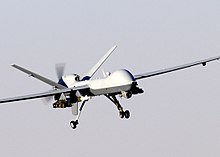 One thought on “Hijacking a Drone”